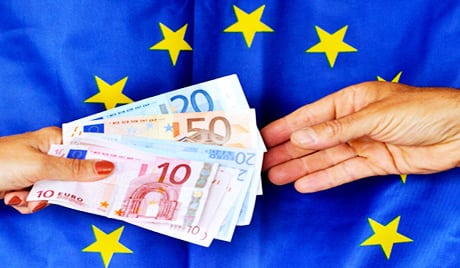 This Article is not a follow-up to my previous articles, it’s an independent post.

The other day, while on the road, I spotted an old man pointing / asking me to stop.
I pulled over, and invited him in. He was going to a place not far from my destination, so we had the time to chit chat a bit (even though my polish is pretty bad).

So this guy, starts telling me that in the morning, he had to wait for 40 min in the rain for a car to bring him here, he came because someone offered him a task-job to paint a house. This guy started enumerating his relatives working in Germany, Norway, Austria, and telling me he’s too old to go work in a foreign country.

One discussion led to another, and we started talking about politics, him telling me that the politicians are useless, and I had to agree with him … as I always said that “if you replace politicians with businessmen and entrepreneurs any country in the world would prosper”.
So I naively told him, check the EU funds they might have some money allocated to help seniors with opening a business. I used the term naively because, maybe I knew he had no chance, he deserved a chance to get a EU aid, but he had no chance!

Why wouldn’t he have any chance?

Because the part of the budget allocated for continual development and for business development is not spent where it should be.
Lately, Poland have been getting around 15 billion Euro per year, in the form of European aid, of course a big part goes to infrastructure, but a part of it goes to develop the economy and help businesses.

The aid system is so stupid that it invites people to abuse it:

Business wise: They offer a certain amount of money for certain business projects, but most of those who apply are somehow connected to politicians or to the employees working with the EU funds (brother, sister, uncle, father, mother …). The people getting the grants are not entrepreneurs, and some cash will not by miracle transform them to entrepreneurs (Entrepreneurs are born or made debate). These people through their connections know exactly what should be presented to get the EU funds. These people are here for the money, and once the EU money dries, they will close their businesses as if nothing have happened. They may have gained a couple thousand euros from this, even if they failed the business (and they almost always do), but the country has lost a lot more, because when the grant money goes to one of these fake entrepreneurs, it means a real one did not get it. If it was given to a real entrepreneur instead, it would help the business grow (which leads to hiring and creating opportunities) and creating riches to the country .

People development wise: the programs try to teach people some stuff in hope they will learn a thing or two and help them create a better living, (without entering in the corruption details related to this section), private companies are getting this money to execute these programs. Let me point out that even if this was executed with the utmost honest intentions, it does not work!

You cannot put an ad in the newspaper or on facebook, offering English courses or any type of courses, and then expect this to have any result whatsoever! People will come but not the right people. Money is spent but not the right way! This money should be spent through standard educational and business public institutions not given to private companies just to get it done. 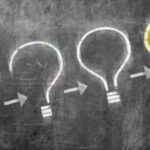 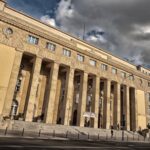