Many foreigners could argue that almost every Polish word is unpronounceable, but most of the time learning them requires only a bit of patience and practice. Undoubtedly, though there are a few special words that make even Polish people sweat when they have to use them. The most troublesome feature of Polish orthography is what linguists call complex consonant clusters ‒  series of consonants without any vowels. On top of that, those hardest words often contain Polish diphthongs: ‘sz’, ‘cz’, ‘rz’ and special Polish characters like ł, ś and ć. What may seem at first incomprehensible series of letters is actually your new challenge!

Ironically, the word that means happiness makes lots of people (mostly foreigners) very unhappy. It consists of a sequence of two Polish digraphs (sz, cz), a nasal e sound, the Polish diacritic ś, another digraph (ci), and a final e. Apparently those who learn how to pronounce it are the most likely be happy in the future.

That is probably the most bizarre word in the Polish language. With just one vowel and five consonants it may look like a joke, but unfortunately it is not. The only good thing about źdźbło, which means stalk, is that you are not likely to use it often.

Żółć (bile in English) is a real challenge as the word is made only of Polish letters. So if you want to stand a chance, you need to learn the specific pronunciation of each sound and then try to put it together.

The Polish word ‘consequence’ is difficult due to the cluster of four consonants. Następstw is genitive plural form of the następstwa and is even harder due to the lack of the vowel in the end (if you don’t know what genitive plural is, don’t bother to google it, it will only cause you a more headache).

Yet another difficult to pronounce word due to the big number of constants like w,z and g. It means ruthless which seems very appropriate.

One of the most favourite Polish tongue twisters,’chrząszcz’ means a beetle. If you are able to pronounce it, you can basically consider yourself a genius.

This word is not only a nightmare for foreigners but also for school kids. Polish word for a bee features three consonants one after the other (the digraphs sz and cz stand for one sound each) making it really difficult to pronounce for foreigners and hard to spell for the natives.

Another unpronounceable Polish word, ślusarz means ‘locksmith’. There is nothing special about it except that you probably can’t pronounce it!

Apparently ‘ołówek’ is especially difficult for German speakers, but it wouldn’t be surprising if English, French or Spanish speaking countries struggled with it too. The word means ‘pencil’ and many have been wondering why Polish people came up with something so difficult to pronounce for something so simple.

Last, but not least, trzcina – Polish word for ‘cane’. It simply follows the pattern,consonant clusters and very little number of vowels. The combination of the first three letters ‘trz’ seems especially difficult, but no one said it was going to be easy!

Do you want more?

Check out the funniest Polish sayings. 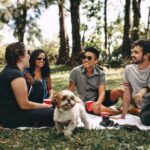 Benefits of being a student in Poland 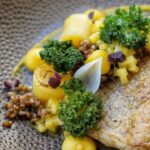 The best places and restaurants to eat in Poznan

Things to know before you start learning Polish