The most famous Polish celebrities

In the second part of our series “Polish people you should know” you can get familiar with Polish celebrities. Polish celebrities have a lot in common with celebrities all around the world: they come in all different shapes and sizes and often they are not everyone’s cup of tea. However, whether you like them or not, you’ll regularly find them coming up in conversation so it’s well worth knowing who they are.

Doda, is one of those rare breed of celebrities that appear to be famous, but no one is quite sure why. Ok, so maybe it’s not so very rare these days, but Doda is surely Poland’s finest example. What some may perceive as a lack of talent is more than made up for with her inability to wear clothes. Her barbie doll style and way with words has been likened to a car crash – people know they shouldn’t look but they almost all do.

Well-known king of darkness, the frontman of black metal band Behemoth. He’s a no. 1 on the “to reeducate” list of some really conservative groups. He does anything he wants, speaks his mind and spreads the love for rock’n’roll. He also used to be one half of a Polish celebrity couple, the other half being Doda!

Sweet, but a little naive, Polish beauty, who had huge success across the sea. In the USA she’s a famous model and celebrity, and she came back to her native country to spread the love and “American spirit”. Her perfect English influenced her way of speaking in Polish, which is a topic of many jokes. She is respected because of her fierce fight against fur making and brutal treatment of animals of all kinds.

Kuba is a scandal seeking journalist. He is known for his fairly controversial show and his recent work on Radio Eska, where he received the title of “Hyena of the Year”. What is also interesting is the fact that Kuba, who is now 50, is also a famous collector of women and flashy sports car. At this age he still looks like a teenager, wearing sneakers and t-shirts to almost every occasion. Proud of it, he says “My wife is not born yet”.

They are the wife and 3 daughters of a Polish ice cream magnate (yes, you heard correctly, ice cream magnate!). If Doda is a sex bomb, they deserve the title of the atomic bombs of Polish show business after the last few months – they’re awesomeness is measured in XXXL size. They are literally everywhere: in the morning on breakfast tv, in the afternoon you can see

Krzysztof is another of those guys who doesn’t grow old, although he is almost 50. The Polish Benjamin Button: every year he gets younger! He wrote a book about his secrets of looking good and is prospering in Polish show-biz. He started out as a host, before becoming a journalist and back to host again but this time as a big celebrity.

The famous daughter of a famous father. Making life easier with her blog of this exact title – as a daughter of former Poland’s Prime Minister – she is hated by many fashion bloggers and loved by readers. Stepping from the “high seat”, she shows off her outfits, which are varieties of clothes from “shops for mortals” 🙂 Considered as kind and well-educated, she is no troublemaker.

A well-known Polish model, not only for her modelling but also for her problems with speaking. Despite that, she’s adored and recommended by big shots from the fashion industry all over the world. She has a huge amount of fans and haters, who argue about her all the time. This gives Anja time to earn more and more money and prosper freely, not minding the buzz around her 😉

The real First Daughter – her father is Aleksander Kwaśniewski, Polish president between years 1995 and 2005. Kinda is a shy girl that became a popular and self-confident woman, who made her way into show biz. She became a journalist and a celebrity, whose wedding was one of the most awaited ceremonies in recent years.

Patricia Kazadi – half Polish and half Congolese. It isn’t hard to notice her, because she is everywhere; every red carpet belongs to her. She mostly appears in TV – she plays in TV dramas and hosts various shows, like “You Can” or “X-Factor”. You can hear her in the radio as well – she released her debut album in May 2013. 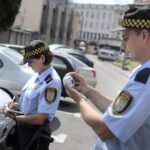 Essential DO’S AND DONT’S in Poland