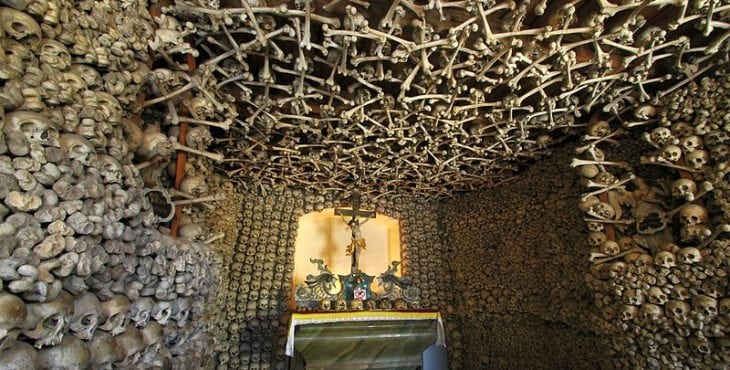 11 places in Poland you might have never heard about

You probably never thought you could see a pyramid in Poland but this is not a mistake. In a small city called Wągrowiec you can find a tomb of Polish Rittmeister (equivalent of a captain) Franciszek Łakiński. This outstanding Polish soldier fighted in Napoleonic wars and got awarded the highest Polish and French military orders – War Order of Virtuti Militari and National Order of the Legion of Honour. To honour his bravery, after his death in 1845, the 10-meter pyramid made of carved fieldstone and with the quadrilateral base was erected.

The Skull Chapel is without a doubt one of the scariest places one can imagine. It was built in 1776 by the local priest who became obsessed with human remains. The chapel itself is nothing more than a mass grave of people who died during wars (Thirty Years’ War in 1618 – 1648 and Silesian Wars in 1740 – 1763) or from various diseases such as cholera. Priest Tomaszek collected all the casualties’ remains and used them to build this unusual place. The walls and the ceiling are covered with over three thousand skulls and bones including Tomaszek’s remains. Skull Chapel is the only such monument in Poland and one of three in Europe, so you might want to see it with your own eyes (even if it’s going to be the creepiest experience in your live).

Wang Church is believed to be the oldest church made of wood in Poland, although it’s not really a Polish house of prayer as it hasn’t been built in Poland. This entirely constructed of pine logs building was erected in Vang, little town in southern Norway between XII – XIII century. In 1841 the church was disassembled and transported by sea to Szczecin from where after a year it was moved to Karpacz. It’s definitely worth visiting, especially if you happen to be in Karkonosze.

If you want to see something amazing and at the same time irrational you should visit Strażacka street in Karpacz. Focus your attention on any object, like car, ball or a bottle lying on the ground and you will see those objects rolling up the hill instead of down the hill which is obviously a disturbance in gravity. Some people say it is a great example of an optical illusion but no scientific explanation got confirmed so far. Anyways, if you are in Karpacz you should check it out yourself.

This is another example of an interesting place that can also be creepy as hell (at least at night). This Crooked Forest is full of oddly-shaped trees that look like something really bad happened to them. It’s located outside the city of Nowe Czarnkowo in the West Pomerania Voivodeship (województwo zachodniopomorskie) and it consists of 400 pines planted there around 1930, when the area was German territory. There are many theories explaining the strange shape of the trees.
It is generally believed that the pines were formed this way by some tools or planting techniques, but the motive of such actions is still unknown. Another theory states that the forest looks like that because of the tanks rolling over the young trees during the World War II which forced them to grow in a less conventional way for the trees to grow. Some people also believe that the woods were grown like that on purpose, created by the Compass Timbers (which are used in ship building afterwards). Foreigners in Poland believe that all of these stories are untrue and extremely boring. It is obvious to us that the Crooked Forest looks like this because of the great amount of black magic taking place at that time in this area.
Whatever the answer is, it’s a great place to see so don’t hesitate to start planning your trip!

Bridges in Stańczyki may seem like nothing more than infrastructure elements of an abandoned railway line in the middle of the forest but they have a very interesting history. They were built between 1912 and 1918 as a part of greater construction project which unfortunately was never finished. The route was built to allow trains to carry wood and stones required to build Hitler’s Wolf Liar. The line was dismantled by the Red Army troops in 1945, leaving two bridges which happened to be the highest in Poland. Nowadays Bridges in Stańczyki are used by the bungee jumpers, Hitler probably didn’t see this one coming.

It might not be Sahara but Błędowska Desert is still pretty amazing. It is Poland’s largest area of desert-like terrain (33 km²) situated on the border of Silesian Upland and Olkuska Upland . It was used as a training ground for Polish soldiers during I World War and Afrika Korps during II World War. After the war it has been mainly used as a tourist attraction and a hiking ground.

#4. The Oldest Salt Mine

The first mentions about the mine date back to 1248 when the great deposits of salt were discovered. Soon after, the mining process began and the mine started to generate large income for the Polish state. In 2013 the mine was inscribed on the UNESCO World Cultural and Natural Heritage. It’s a really cool place and definitely worth visiting, especially that you can see the largest made by man underground room in Europe.

Many people are surprised at first, but the truth is that it really exists! And what is even more interesting, it still works! The entire thing started in 1854 and believe it or not, it was the first oil mine in the world. Right next to the mine there is a museum where you can learn more about the history of the oil business in Poland.

#2. Underground Waterfall and Gold mine

Another mine on our list but this time it’s all about the gold. As expected, if you go there you can hear a couple of stories about the gold rush in Poland, go underground, rinse gold and see the routes yourself, however, the best is yet to come. 23 meters below the surface, you can marvel the one and only underground waterfall in Poland – 10 meters high, illuminated by the coloured lights. And that is going to be much more exciting than gold!

Radiostacja Gliwicka is the highest wooden structure in the world. It got nicknamed the Silesian Eiffel Tower as it is 118 meter high and has exactly 365 steps that provide access to the top. You should definitely visit it if you enjoy beautiful views and want to learn something about the history of radio. 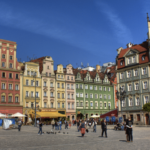 Things to do and see in Wroclaw 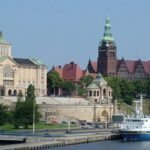 Things to do and see in Szczecin

What is the cost of holidays in Poland?