Why you should choose Wrocław for Erasmus 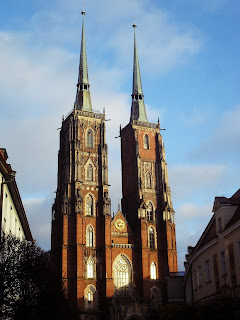 1. It’s cheap! Life in Wrocław is definitely cheaper that in Warsaw for example, but the difference between the cost of living in Wrocław and other European cities is far bigger! According to Numbeo.com Poland ranks 30 out of 39 European countries based on the cost of living index. I moved to Poland from Italy, and the difference was huge, Italy ranks 13th. Whereas in Wrocław, on average, you can buy a beer out in a bar for €1,70, in Italy it costs you €3,50. As my boyfriend says, with the money you spend monthly in Italy or another Western country, you could live as a king in Wrocław.

2. There is an amazing multimedia fountain that projects water according to the beat of the music every hour for a few minutes. It’s a perfect place to chill out in the evening or even go for a run round it. Sometimes they project complex shows, which are really superb. It’s one of my favourite places in the city. A piece in the centre of Wrocław’s puzzle which would be bleak had it been missing.

3. Wrocław is in the heart of Europe, and it’s been perfectly named the Meeting place. From here you can travel easily wherever you want. Dresden, Berlin, Prague are just a few of the closest and most worth visiting cities that you could explore (for cheap connections check Polskibus & Flixbus), but you can get also cheap flights with Ryanair, and go further North (Oslo & Stockholm for example).

4. Wrocław is a fairytale city where you can meet more than 300 dwarfs (statues) that have different stories behind! The dwarf is the symbol of the anti-communist struggle, so the first one was installed to commemorate the Orange Alternative underground movement then they spread around. For me they make the magic of the city!

5. The city is definitely smaller than Milano, Paris, Prague or Budapest… It ranks 66 in Citymayor’s top 100 largest cities from Europe. To me the city seems small enough to get around very easily. It’s public transport has very good connections and you can come back from parties at every hour you need in the night (which is a very big problem in Italy!). Generally, I prefer this kind of cities, where you feel like you’re in a family, so to me it was perfect!
Some data? Population – more than 636 000. Area – 292,92 sq km.

6. Finally, I can say that WrocLove is an international city. There are lots of foreigners that come as me, for Erasmus, or to open a business. I noted especially a lot of Italians that come to invest money setting up something that would cost them much more in Italy. Also there are a lot of Spanish, but the Italians are the ones that usually settle longer. Why I’m writing this? Because some of them are ex-Erasmus students, who decided to come back and live in Poland. You won’t feel a stranger for sure, contrariwise, you’ll be more than welcome in an international atmosphere.

So? It’s cheap, it’s magic, it’s international! Think no more! I’m sure you’ll fall in love with Wrocław as I did. Wish you butterflies in the stomach! 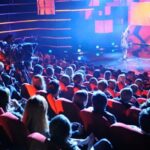 Łódź Design Festival | the Most Important in CEE