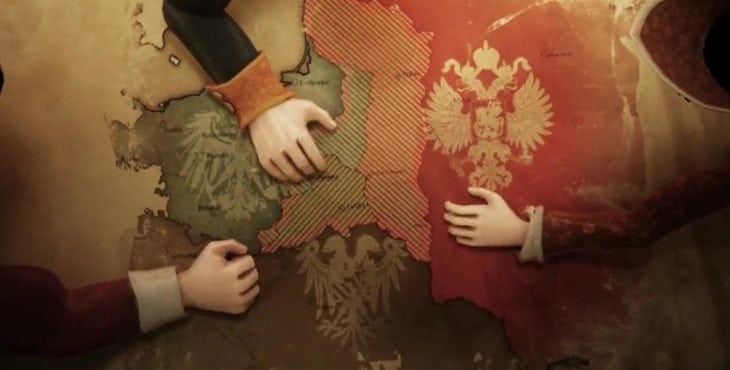 The short history of Poland

We don’t know anything about your history teachers and the ways they used to run History classes. However, we can promise you that this lesson will be much different from the ordinary ones. Polish history has been a bit of a roller-coaster – full of ups and downs, wars, breakthrough events and inspiring people. We’ve gathered almost all of them in one place and we present it to you with a pinch of salt… We hope you enjoy it.

And if you don’t like reading you can always watch this short video.

The story of poland begins here

Let’s start from the beginning…

In 601 the first Pole crossed the Vistula river. This was one giant leap for a man, one small step for mankind. In 965 our leader Mieszko met Dobrawa, a Czech princess. She dragged him to the altar, thus in 966 Mieszko was baptized and converted to Christianity. This event is considered to be the beginning of Polish nationality.

The first King of Poland

Regarding Germany, we had some small fights with it during that time but in 1000 Otto III, German emperor, came to Gniezno and made peace with Poland, approving its full independence at the same time. But the peaceful relations didn’t last long. Soon, in 1002, Bolesław Chrobry declared war on Germany which lasted till 1018. In 1025 Chrobry crowned himself king but his reign didn’t last long since he died the same year.

We, Polish people, are very hospitable (as you hopefully have experienced that as well). Thus in 1226, duke Konrad invited the Teutonic Knights to help him convert Baltic Prussian pagans to Christianity. They did it so effectively (by murdering) that soon there was no one to be converted. It resulted in a war in 1327 between Poland and Teutonic Order, which lasted 16 years.

Then, in 1385 Polish-Lithuanian Union was established, when Jogaila, Grand Duke of Lithuania, married Queen regent Jadwiga of Poland (apparently he couldn’t resist her beauty) and thereby became the king of Poland.

The Teutonic Knights didn’t back down from a fight and in 1410 one of the greatest battles in the European history (as far as Polish people think) took place, namely the Battle of Grunwald (or Battle of Tannenberg). But the newly emerged Polish-Lithuanian Union handled the battle pretty well, the Teutonic Order was defeated and in 1411 peace was made.

16th century was for Poland the greatest times of all. To this time Polish people look back nostalgically. As well two important things happened during this happy period. First in 1573 Poland with the letter of the law became tolerant of other religions. And second, in the same year, the first free election was held so anyone could become a ruler (you still had to have connections though).

Once Poland had grown into a place of prosperity, everyone wanted a piece. In 1600 our struggle with the Swedes emerged but 5 years later in the Battle of Kircholm, we defeated an army three times larger than ours – yes, we did – and eventually in 1629 peace was made. Between 1609 and 1619 war was waged with Russia, between 1620 and 1699 with Turkey and in 1683 with Austria and Germany. What a wide range of players!

Apart from being brave, we are also quite imaginative and inventive. An interesting idea, for instance, was to create “Sejm niemy” (Silent Sejm), where none of the deputies of the parliament were let speak (for fear of severance of the Sejm).

It is also obvious that Polish lands are gorgeous and worth visiting. That is why some countries became extremely jealous and in 1772 the first partition of Polish lands took place. Poland was divided into 3 parts among Russia, Austria and Prussia.

A really important event took place in 1791, when a Polish Constitution was introduced – the first in Europe and the second, after USA, in the world.

In 1793 the three countries were not happy with the former division and decided to change the borders. That is when the second partition took place. The Poles did not like the way everyone was ruling their country and in 1794 Kosciuszko Uprising emerged. Easier said than done – we lost.

In 1795 the third, and last, partition was held. As we have said before, Poles are willing to fight and in 1797, from the initiative of Jan Henryk Dąbrowski, Polish legions were formed and their aim was to fight for independence. In 1809 Poland fought bravely with Austria and won.

The empire strikes back

It didn’t matter that the country didn’t exist, in 1816 the Polish Realm was created. In 1830 and 1863, November Uprising and January Uprising, respectively, took place. Both unsuccessful. But let’s say it was all just for practice.

From 1914 Poland fought in World War I and in 1918 we finally regained our independence. And until 1939 the Second Polish Republic was functioning. From 1919 to 1921 we fought with the Bolshevik army (and we won of course).

In 1939 Germany (III Reich) broke off the Treaty of Non-Aggression and attacked Poland on the first of September. This was the beginning of World War II. The same year, 16 days later the Soviet Union decided to join the game and attacked Poland. It turned out that both Germany and Soviet Union were part of one team – not fair! The war ended in 1945 when the third Reich capitulated and it was the time when Communists started to rule in Poland.

From 1947 to 1956 Stalin wanted Poland to be just like the Soviet Union and he partly succeeded in doing so. But it is obvious that Poland is unique and does not want to be like any other country and that is why in 1980 a trade union called “Solidarity” emerged. It was the first step towards freedom. There were some attempts to destroy the union, like introducing martial law in 1981 but the Polish people can be very persistent and they made it through.

In 1989 Communism was abolished and the Third Polish Republic had been established. In 1999 we joined NATO and in 2004 European Union. In 2013, Poland Unraveled was established. 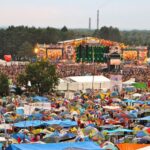 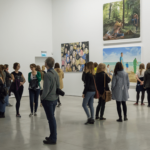