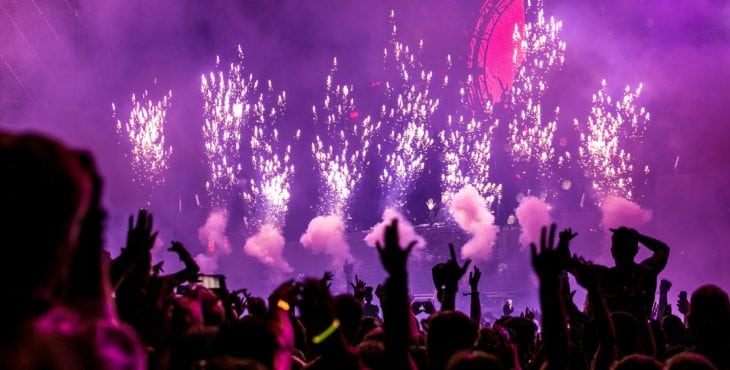 The best music festivals in Poland

Who would’ve thought a decade ago that Poland would not only host a few big music festivals but practically and geographically redefine summer raving in central Europe as we know it? There are now countless exciting festivals that can fulfil the needs and dreams of music fans across the world. And the best part is that in Poland festival tickets are cheaper and more accessible than in most other European countries so you can enjoy the best performances for less.

Here is the list of the hottest Polish music festivals this summer.

The Orange Warsaw Festival largest Polish urban city festival will be held during the first weekend of June. The Orange Warsaw Festival takes place only 15 minutes from the city centre, at the Horse Race tracks – one of the most renown festival locations in Poland. Going up for its 11th edition, the festival manages each year to feature a line-up of world-class performers. In the ten previous editions, the Orange Warsaw Festival was attended by over half a million music fans and more than 120 artists. This year is promised to be even bigger and better with the like of – Sam Smith, Dua Lipa, Florence + The Machine just to mention a few big names. To see the full line-up and buy tickets check out the Orange Warsaw festival website.

Good to know: Entrance to the festival terrain requires you to exchange your ticket for wristbands The exchange point will be located on Horse Racetrack Służewiec near entrance gate from Puławska Street and will be open on:
May 31st: 1pm-8pm
June 1st: 1pm-1.30am
June 2nd: 2pm-1.30am

One of the most exciting and colourful festivals in Poland will also see its 11th edition this year. Best known for its diverse range of artist the Etno Port festival is a must go to festival for anyone interested in other cultures and adjoined music style. With world-class artist from South-Korea, Israel, Ukraine, Lebanon, Greece, Turkey, Mongolia, Jordan and Palestine, the city of Poznan truly transforms into a cultural melting pot. Over and above the 15 concerts taking place over the four days of the festival, there will also be music workshops, a dance party, educational activities for children and young people, as well as meetings combined with film screenings.

At first sight, it may look controversial, but Live Oświęcim Festival was actually established to move away from the negative connotations of Oświęcim as a location of the Auschwitz-Birkenau German Nazi camp during the Second World War. Darek Maciborek, the founder of the festival, wanted to create an event that would build peaceful relations beyond cultural and state borders where there is no place for anti-Semitism, racism, and other forms of xenophobia. His idea happened to be so successful that this year Live Oświęcim Festival will host Elton John. The rest of the line-up looks pretty exciting as well: John Newman, Dawid Podsiadlo, Perfect, Piotr Rogucki, Krzysztof Zalef Zalewski and many more. For more information see the website.

One of the youngest festivals in Poland. Due to its incredible line-up, the Impact Festival managed to already fully grown into an established yearly recurring event. During its previous 5 editions, it saw acts from the likes of Rammstein, Aerosmith, Korn, Stereophonics, 30 Seconds To Mars, Black Sabbath, Red Hot Chili Peppers, Slayer, Kasabian, Godsmack, Paramore, Slipknot and many others.

Started in 2006, this music festivals early editions took place in the defunct Wilson shaft of the ‘Wieczorek’ coal mine. The festival was founded by a group of friends that decided it was time to start their own dance festival and also played some sets themselves during the initial edition. After two editions in Cieszyn, the team decided in 2009 to stay loyal to their roots and permanently host their yearly returning festival in Katowice. The festival terrain is located near the former coal mines. This region has been transformed into the lively cultural place under the name “Culture zone” and boasts an energetic music scene.

A proper introduction is redundant for the most popular festival of Poland and one of the most well-known Festivals across Europe. We believe it is the combination of an impeccable line-up and its brilliant location, that makes this music event attract over 120.000 festival lovers each year from across the world. Located at the seaside you can enjoy a full weekend away from the best music while dipping your toes in the sea water. You can enjoy the beaches of the Baltic Sea and chill on the beach during the day and immerse in the world of the best music during the evenings. This year is going to be huge as the line-up contains Arctic Monkeys, Bruno Mars, Depeche Mode and Gorillaz to name a few.

Good to know: The festival hosts a camping which can be booked for 125zł for the whole weekend.

Set in a beautiful and unique amphitheatre in Dolina Charlotty, Rock Legend Festival is something for real rock fans. This festival has seen some true legends performing on its stage Stars such as the one and only Carlos Santana, Deep Purple, The Sisters of Mercy, Marillion and Mike & The Mechanics have all paid a visit to this unique festival. This year’s initial line-up seems promising as well. Check out the full line-up here. Rock Legend Festival website.

Audioriver is one of the leading music festivals in Poland and a one of a kind event. This is where you can see the key figures from the World of house, techno and drum & bass as well as big headliners fusing electronic sounds with pop, rock and hip-hop. Audioriver merges many Worlds and each of them is equal. Scene’s giants are as important as niche experimenters. A fan that has been visiting Audioriver for years is equal to a beginner on the electronic scene.

Recommended by The Guardian, OFF festival is an alternative to the mainstream summer festivals. The music policy at this music event is one that encompasses many genres with one thing in common – the acts and artists generally go against the contemporary grain, swerving mainstream likeability for cool class. This means that the event generally plays host to just a few well known European names and more than makes up the numbers with crazy bands and up and coming talent.

Live Music Festival started off promoting hip-hop, R’n’B and pop. Yet in the following years, more and more bands cater to the tastes of rock fans. The festival hosted the greatest stars of and now it became an event that gathers fans of all music genres. Massive Attack, Sia, Damian „Jr. Gong” Marley, Cage The Elephant and The Neighbourhood are the hottest who will perform at Kraków Live Festival 2016. To see the full line-up and to buy tickets check out the website. 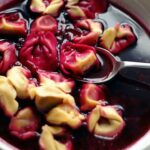 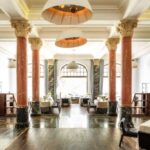