Streets are the arteries of each city. The most important thing for you, as a person fresh in the city is to get to know them well. It’s crucial to know how to get to the most important places or just to find your way to a great pub with even greater beer. The best way to get familiar with the streets is to get familiar with the means of public transport of the city.

Many means for many destinations

Almost every city or town in Poland, not only the major ones, has its own network of public transport. Most of them stick to using only buses, some of them also add trams to be cooler, and there are also the ones where you can find the subway (well, actually it’s just one and it’s the capital city – Warsaw).

Depending on the size of the city, the public transportation frequency is quite high and most importantly – more or less punctual. In the beginning it might be hard for you to get to know the timetable of buses or trams so we decided to help you with that and put the direct links to the online timetables of public transport of the major polish cities below. Simply, click on the name of the city you live in and find the timetable you are looking for.

In order to travel on the different means of public transport you need to buy yourself a ticket first – obvious? Yeah. But less obvious is the fact that there are cities where you simply can’t buy tickets inside the trams or buses themselves. Instead, you can get tickets in the official sales points listed by the public transport operators in each city, shops or kiosks and finally, the vending machines.

There are many types of tickets – long-term, short-term or single ride tickets and others in many possible forms. To make sure you find yourself the kind of ticket that suits you the most, we decided to list the direct links to the official websites where you can read about the public transport ticket types, prices and discounts in the major Polish cities. Just click and see for yourself. 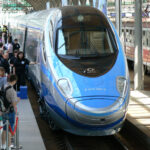 Transport & getting around in Poland

Driving a car in Poland