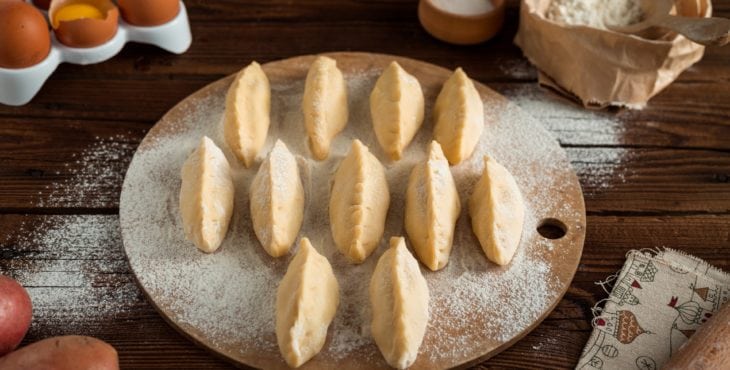 If you’re reading this content that means that you’re, either preparing yourself for the upcoming Christmas season and you don’t want to get surprised by Polish celebrations, or you’re just using your mobile phone in the middle of the Christmas dinner because you saw so many “weird” things and you were asked so many different questions, that Poland Unraveled is your last hope. Don’t worry, either way, we’ve got your back. This guide has all the essential information you need to indulge and fully appreciate the Polish Christmas culture (and if you are interested in Christmas food, you can read our Polish Christmas dinner and dishes guide).

Religious aspect of Christmas in Poland

As you might know, Poland is a very religious country. Many traditions and customs originate from Christianity. Although there are some traditions that developed just in Poland and have nothing to do with religion.

Christmas Holidays commemorate the birth of Jesus Christ. The night before is called ‘Wigilia’ and the three week period prior to the Christmas celebrations is called Advent. The main part of Wigilia is a solemn, family supper, which starts right after the appearance of the first star in the sky. It is the symbol of the Bethlehem Star and the rumour is that this particular star was shown to the three kings by God to guide them to the stable where Christ was born.

Traditional aspect of Christmas in Poland

In a Polish home, the whole family is involved in preparation for Christmas. We cook, clean houses, buy gifts and decorate the Christmas tree, always with the whole family involved. At the beginning of December, shops and streets are starting to shine and Christmas Carols and songs fill every room. The most recognisable and probably the most hated Christmas song in Poland is Last Christmas…It’s not because it’s not catchy or not appropriate, but imagine yourself sitting around listening to the same single song over and over and over (radio stations are to blame!).

Christmas Holidays start on the 24th of December. Once the first star is in the sky and all Christmas dishes are cooked, the family gathers around the table and the celebrations begin. There is a wide variety of Polish Christmas Eve traditions and they really depend on the region of Poland. The most common and popular of Christmas traditions are laid out below:

Sharing Christmas wafer – usually takes place before the main supper. During this moment, family members wish all the best to each other. Even if they don’t like each other. Honestly.

Serving twelve dishes (referring to the twelve apostles) – well, the truth is that Christmas is really about food and eating delicious dishes. In reference to the twelve apostles, there should be twelve dishes present at the Polish Christmas dinner table. What can you find there? Herring in cream and oil, cabbage with peas, carp (probably the most popular fish in Poland to be served during Christmas and, what’s interesting, is not really eaten any other day of the year ), dumplings (pierogi!), borscht with…pierogi and much more (pierogi for example)! The meal traditionally doesn’t contain any meat dishes except fish. Every dish should be at least tried as it brings good luck for the upcoming 12 months of the new year. So prepare yourself for a massive feast and probably trying something you had never eaten before.

Preparing an extra seat for the unexpected guest – in case a homeless person or a traveller from far, far away comes to your home during Christmas Eve, an extra seat and cutlery are prepared in case such a person comes, they can join the hosts and celebrate the holidays.

Fasting – well…it’s not only about meat. If you ask us, from what we know, the food in Polish kitchens that day is so good that people who really don’t eat before the main supper are heroes. It’s hard, you know…

Hay on the table – nowadays, it’s a very rare tradition. But some people put hay on the table and cover it under the tablecloth. It probably has something to do with the fact that Jesus Christ was born on the hay in the stable.

Giving gifts – we give gifts to each other right after Christmas supper. For the youngest, this is the most exciting part of Christmas. But not only for them! All of us like to receive gifts, including the Poland Unraveled team….just saying… If you are looking for a Polish Christmas gift idea have a look at our curated list.

The midnight mass – at midnight between the 24th and 25th of December, Midnight Mass takes place. Midnight Mass commemorates the expectation and prayer of shepherds on their way to Bethlehem. This is one of the most important Polish traditions.

If you think that the celebration and the food itself ends after Christmas Eve you are wrong. It’s just the beginning. The 25th of December is the day of Christ’s birth. Polish families go to church, everybody sings carols, enjoys themselves, and of course wine and dine the whole day. As well as this, the next day is the time that family members visit each other and very often people have to eat a couple of dinners before they get back home.

The last day of Christmas is the 26th of December. In Poland, we call it just ‘the second day of holidays’. This day commemorates the first martyr who was fighting for the Christians faith, named Saint Szczepan. All the people who are still alive after consuming such an amount of food (yes, we eat lots of food during Christmas…) go for a long walk with the family to have some fresh air and enjoy their company.

Well, that’s basically it. Although the religious aspect of Christmas, the 25th of December is the most important day of the holiday season, the truth is that it’s the Christmas Eve that has the largest number of traditions and customs. Also, for many families, it’s the most important time to meet and spend time together. We hope you now know a little bit more about this time of year in Poland and you are able to enjoy it as much as we do! 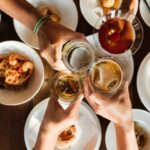 Can foreign students work in Poland?