The Republic of Poland is a country situated in Central Europe. As a country located at the heart of Europe, we follow the rule “the more, the merrier”. In the south, we share a border with our friends from the Czech Republic and Slovakia. To the east with Belarus, Ukraine, Russia and Lithuania. And in the west, we have our German friends. Our country has access to the Baltic Sea in the north and is surrounded by mountains (Tatry, Bieszczady, Karpaty) in the south.

It’s been a while since our country became a member of the European Union (2004), United Nations (1945), NATO (1999) and dozens of other international organisations.

The total area of Poland is 312,679 square kilometres (9th largest country in Europe) with a population of over 38.5 million people. You should know the name of our capital city but just to make sure you are well-informed, we want you to keep in mind that it’s Warszawa (Warsaw) – not Krakow ;).

After joining the European Union we decided not to change our currency from Polish Złoty (PLN) to Euro (because we are not ready) and not to add any additional official languages (Polish is the only one, but you will have no problems if you start speaking in English).

There was a time where we had a king who ruled all across the country, but after a few centuries and generations we decided to get rid of this idea and we left the power to the Parliament and Prime Minister. Yes, we also have a President but as Poland is a parliamentary republic – the first one has more power. If you want to get things done at the moment you should speak to Mateusz Morawiecki (our current prime minister) rather than Andrzej Duda (president).

The great majority of Polish people are Christians (probably this is why Christmas is so popular here) – 86.7% belong to the Roman Catholic Church. There are even a Catholic TV channel and a Catholic radio station.

If you like huge monuments, you might want to go to Świebodzin in western Poland, where you can see a statue of Jesus Christ called “Christ the King (Polish: Pomnik Chrystusa Króla). Completed in November 2010, with a total height of 33 meters it is the tallest statue of Jesus in the world (sorry, Rio de Janeiro…). By the way, have you ever heard of Karol Wojtyła? No? Let’s try with his better-known name – John Paul II. He was the head of the Catholic Church from 1978 to 2005, the second longest-serving pope in history and the first non-Italian since Pope Adrian VI, who died in 1523. Till date – he remains one of the most well-known Poles in history.

The Polish language is one of the most difficult languages to learn. It has seven cases and grammar that has actually more exceptions than rules (sorry for that!). But imagine how proud you will be of yourself when you finally get through all of these things (if you do…). We don’t know why our ancestors decided to create a language so difficult and full of exceptions, but we know that even Polish people have a lot of problems learning it.


If there’s one thing about Poland we are really, really proud of, it is most definitely our cuisine. Before you try it we have to warn you – it is extremely tasty but also fatty and calorific (however, you can get rid of extra calories by visiting Polish pubs or monuments after that…).

We won’t be modest here – our cuisine is great and it’s totally worth trying. It’s also especially good when accompanied by vodka or beer! Try it!

Other facts about Poland

In Poland, we drive on the right (if somebody told you differently, don’t believe them!). Read more about the driving rules in Poland.

We kiss each other three times during official situations, for example, family meetings during holidays or when we meet with our friends. The cheek kiss is a very important part of family and friend interactions during traditional ceremonies BUT! if you see somebody for the first time it might be better if you just stick to a handshake.

The most popular alcoholic drinks in Poland are beer and vodka. Poland is increasingly well-known for its many small breweries which are becoming better and better (Belgium – we’re right behind you!). Vodka is normally drunk straight, rather than as a part of a cocktail or with a mixer, and during winter season we like to drink mulled, spicy beer and wine.

That’s all for now! We could write even more about our country – its secrets, mysteries, traditions, other facts but it is better if you simply come here and find them out for yourself! 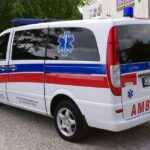